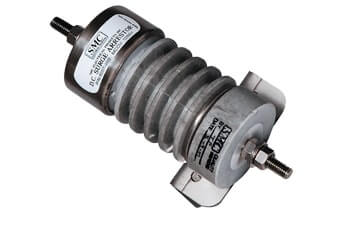 Metal oxide surge arresters are commonly used in electrical networks and devices to protect them from high-voltage surges. The metal oxide semiconductor material in the arrester acts as a resistor, and it's designed to absorb energy from any surge of voltage or current that exceeds safe levels. This helps prevent damage to sensitive components and equipment.

When an overvoltage is detected, the voltage and current are diverted to the metal oxide arrester, which then discharges the energy safely. The current is redirected towards a low resistance path that dissipates it as heat. This helps protect electrical equipment from being damaged by power surges or spikes in voltage.

Metal Oxide surge arresters also protect against direct lightning strikes and other transients. They are usually found in outdoor electrical installations, such as power poles, service entrances, and substations. Metal oxide surge arresters are designed to be maintenance-free, lasting for many years with minimal servicing requirements.

Zinc oxide is a semiconducting material of the N-type. This material is finely grained to increase its surface area and then organized into a sandwich-like stack between two conducting metal electrodes to produce a surge arrester. This helps to ensure uniform current distribution throughout the surge arrester, allowing it to operate efficiently and reliably under high voltage conditions.

The barrier at average voltage does not allow current to flow through it. When over-voltage is reached, the wall collapses, and the conducting state takes place, current flows through the arrester at this stage, and the surge is diverted to the ground. The voltage across the diverter will fall when the current is shifted to the ground, and there will be no power current flow that could risk damage to the system.

The block layers of zinc oxide are sintered on a polycrystalline ceramic to protect the device from environmental changes and mechanical shock. This allows the metal oxide surge arrester to withstand extreme temperatures, humidity, and other harsh conditions without sacrificing performance.

The most significant advantages of using a metal oxide surge arrester include the following:

It is not difficult to see that even experts can get confused by terms used in the electric industry. There are many confusing aspects to the terminologies lightning or surge arrester.

These terms can be confusing, so it's important to understand the differences. Although most people think that lightning arresters are the same as surge arresters, they are actually quite different. The first one is outdoors while the second one is indoors.

Both of these devices keep your electrical appliances from being damaged. This article will explain the differences between surge arresters and lightning.

What Is a Surge Arrester?

Surge arresters are a type of protective device that limits voltage by discharging or bypassing surge current. It prevents continued flow and directs them to the ground.

Surge arrestors don't absorb or stop lightning. It reduces lightning strikes and the voltage. It protects electric equipment. Surge arresters can be used for many purposes, including protecting your home or utility substations.

They are generally installed within pad-mounted transformers and on circuit breakers inside homes. IEC standard 60099-4, and IEEE standard C62 define the standards for these arresters.

There are many voltage surges that can occur at the main power line, including lightning. Lightning can be unpredictable and unpredictable. Every second, it is estimated that lightning strikes approximately 100 times on Earth's surface.

There is also temporary overvoltage, switching surges, and other types of voltage surges. Temporary voltage surges are caused by ground faults on a single phase. The voltage tends to increase on unfaulted phases and stays until the problem is resolved.

Overvoltage caused by changes in the operating conditions of the main voltage surge is known as a switching surge. The energy that is trapped and then released from switching surges is called "switchable surges".

What Is a Lightning Arrester?

Lightning can cause voltage surges in many different ways. Lightning arresters are devices that protect a circuit from lightning strikes.

Lightning surges are surges with high transient voltages, surge currents from lightning, sparks, and arcs of isolation. These devices protect the power system by diverting high voltage surges to the ground.

These systems are also protected from lightning strikes by using grounding or earthing wires. To provide safe access to the discharge current, these devices are attached to transmission poles, towers, and buildings.

The insulation between the ground and the conductor is restored once the voltage has fallen to the set value. The current that flows toward the ground will also stop immediately.

This type of arrester is usually found close to a device that needs protection. They are placed between the ground and phase in an alternating current system and ground and pole in a direct current.

Swartz Engineering strives to provide top-quality products to achieve our customers needs. Our products include: