Here’s Why DC Is Used In Most Trains Over AC 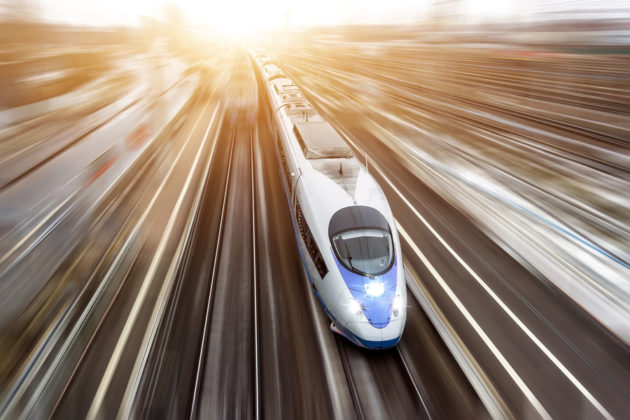 When we look at the current that is used for most trains, many of us would consider the power is the same type of energy that we would receive from the grid. Understanding if AC or DC power is preferred comes down to the type of train and the transportation grid.

The biggest advantage of AC over DC is that it can be cheap to change the voltage and it can be suited for transporting current over long distances. DC current has a tendency to lead to energy loss over a long distance and this is not always advantageous when powering electronics or transferring energy.

A direct current is a form of electrical current that flows in a consistent pattern and over a single direction. It is defined as a flow of electrons from an area of high density to an area of low density. DC is used in most types of battery-powered electronics. DC energy works well for charging batteries as well as for powering larger electronic devices.

Why DC Is So Convenient In Locomotives

Since locomotives were invented, trains have been evolving. They can run on a mixture of diesel-electric, gas, or pure electric. Diesel-electric is currently the most popular type for trains worldwide. Because of the ease and cost of manufacturing, DC is often considered a better choice in train production. It can also be advantageous to power a train using a third rail and DC power when electric motors are going to be the main source of power.

DC will consume less energy when operating under service conditions. The equipment in the system will cost less to build and there is no need to produce the conversion technology to ensure that the train can run on AC power.

In most modern forms of locomotive technology, DC power remains at the top of efficiency and cost-effectiveness. Contact us today to learn more!