Electric traction systems were developed initially in the 19th century and have become extremely important for our modern lives. This mode of transportation has begun to take over when compared to diesel. More and more companies are changing over to fully electric means of freight and passenger movement and this is because of the added efficiency and performance. 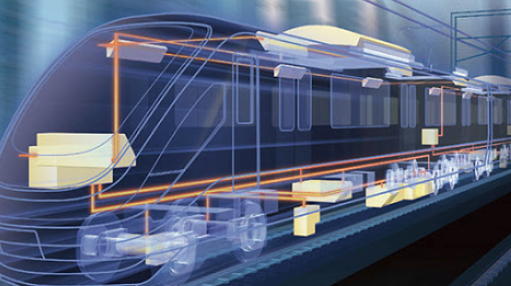 Any railway architecture needs to have consistent power. Between third rails as well as overhead electric wires, there are consistent power solutions for electric railways with traction power. A pantograph system is mounted on top of the trains which will collect power from overhead tension wires. These systems need to operate under incredible pressure as well as maintain operations even when tested to their maximum abilities.

Designing these power converters in railway architecture does come with its fair share of difficulties. The design of power systems grows especially different when we consider that many of these railway design options are moving in uncontrolled environments and subject to a series of pressures and temperatures that go far beyond normal operating conditions for many power systems. Many applications on railways need to operate in extremely harsh environments and maintain normal reliability throughout. Convection cooling is often employed for power supplies and a power system often needs to be able to operate as low as -40°C and up to 100°C while using vibration compensating spring clamp terminals to prevent problems with vibration and inefficiency.

With a wide range of international standards to govern these systems, any manufacturer needs to be able to adhere to rolling stock specifications that include the EN50155 standards. Localized standards vary across the world and some of the best manufacturers are constantly working to exceed these standards by offering a large number of improvements on traditional operations and thermal resistance.

Traction rail electric applications include items like the traction converter, auxiliary power circuit solutions, IC solutions, power module solutions, power control systems as well as custom railway design standards. These are the systems that are put in place to maintain operating standards on many locomotives worldwide.